Your librarians handpicked this six books for you to enjoy this summer. Vote for your favorite of the Top 6 Picks in the summer reading portal for an extra entry into the grand prize drawing! The winning book will earn the honor of Ouachita Reader’s Choice. 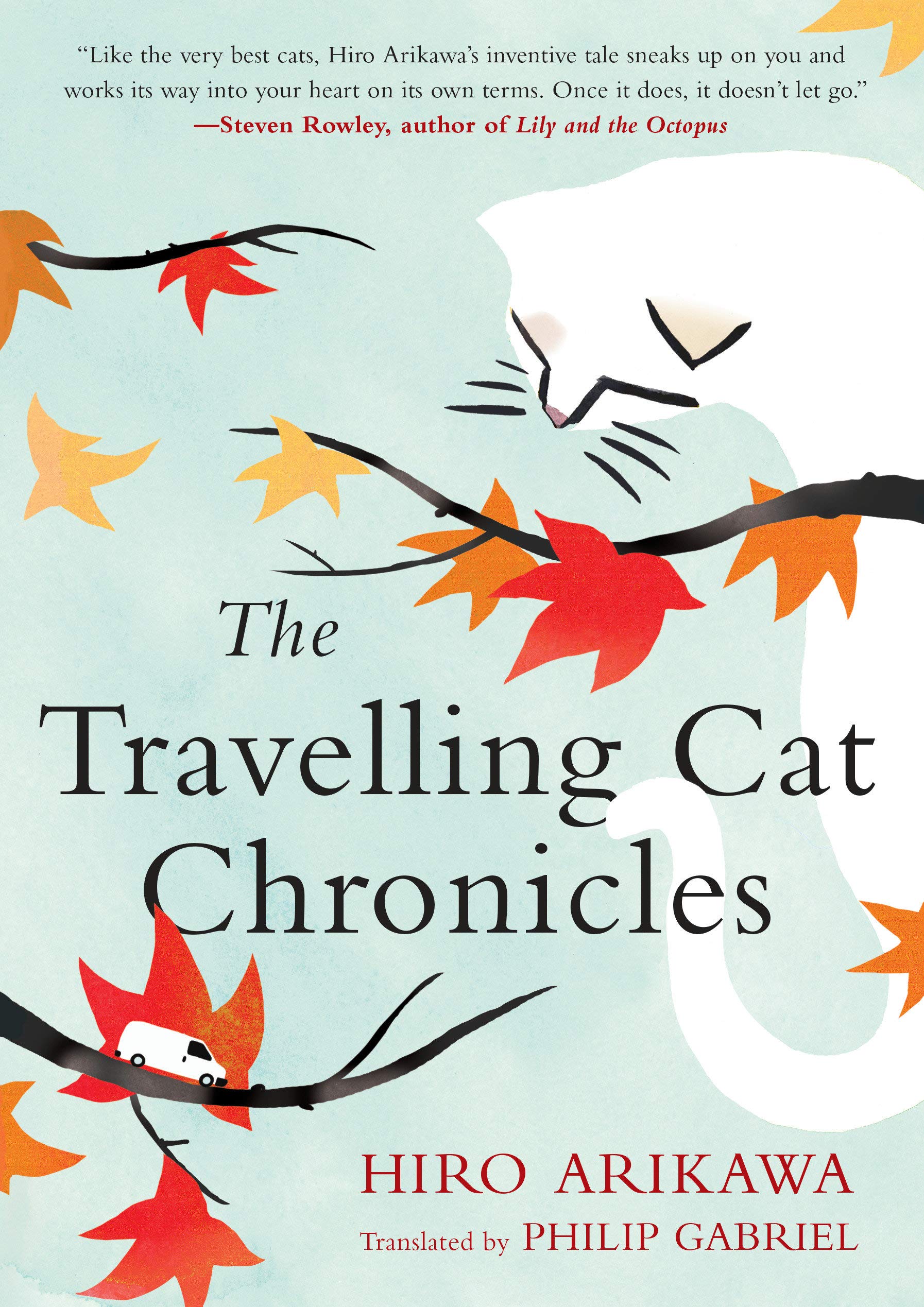 Told from the point of view of a snarky cat, The Travelling Cat Chronicles is a road trip story like no other.

Nana the cat is on a road trip. He is not sure where he's going or why, but it means that he gets to sit in the front seat of a silver van with his beloved owner, Satoru. Side by side, they cruise around Japan through the changing seasons, visiting Satoru's old friends. He meets Yoshimine, the brusque and unsentimental farmer for whom cats are just ratters; Sugi and Chikako, the warm-hearted couple who run a pet-friendly B&B; and Kosuke, the mournful husband whose cat-loving wife has just left him. There's even a very special dog who forces Nana to reassess his disdain for the canine species. But what is the purpose of this road trip? And why is everyone so interested in Nana? Nana does not know and Satoru won't say. But when Nana finally works it out, his small heart will break...

For fans of A Dog’s Way Home, Lily and the Octopus and A Man Called Ove 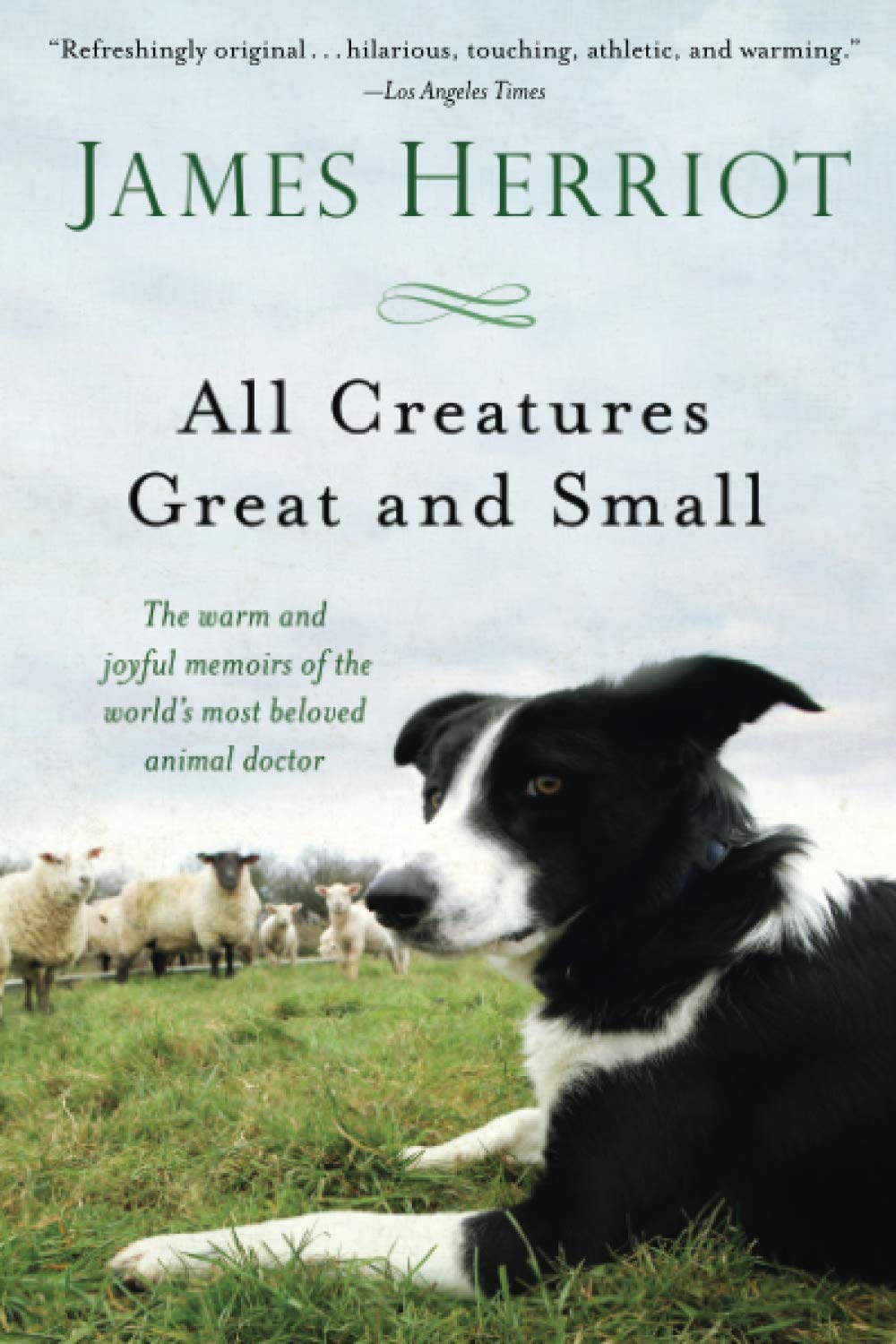 All Creatures Great and Small by James Herriot

Originally published in the 1970s, this memoir collection by the English country veterinarian is beloved by millions worldwide. The book has been adapted into a TV series multiple times, most recently aired this year as a Masterpiece Theatre on PBS.

In All Creatures Great and Small, we meet the young Herriot as he takes up his calling and discovers that the realities of veterinary practice in rural Yorkshire are very different from the sterile setting of veterinary school. Some visits are heart-wrenchingly difficult, some are lighthearted and fun, and yet others are inspirational and enlightening, such as Herriot's recollections of poor farmers who will scrape their meager earnings together to be able to get proper care for their working animals. From seeing to his patients in the depths of winter on the remotest homesteads to dealing with uncooperative owners and critically ill animals, Herriot discovers the wondrous variety and never-ending challenges of veterinary practice as his humor, compassion, and love of the animal world shine forth.

*available in print, large print, book-on-CD, on the cloudLibrary app as both an e-book and e-audiobook, and on the Hoopla app as an e-book. The 1978 and 2020 television adaptations are also available for check out on DVD. 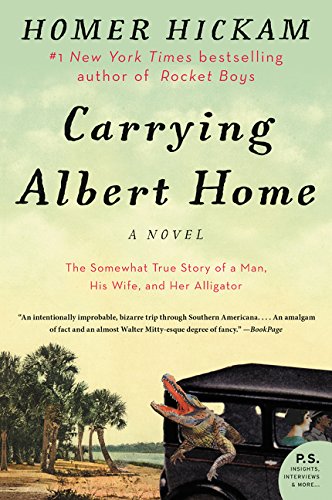 From the author of Rocket Boys – the basis of the movie October Sky – comes a whimsical tall tale about a man, a woman and an alligator that is a moving tribute to love.

Elsie and Homer were high school classmates in the West Virginia coalfields, graduating just as the Great Depression began. Unfulfilled as a miner’s wife, Elsie was reminded of her carefree days with a long-lost lover because of his unusual wedding gift: an alligator named Albert she raised in the only bathroom in the house. When Albert scared Homer by grabbing his pants, he gave Elsie an ultimatum: “Me or that alligator!” After giving it some thought, Elsie concluded there was only one thing to do: Carry Albert home. Carrying Albert Home is the funny, sweet, and sometimes tragic tale of a young couple and a special alligator on a crazy 1000-mile adventure. Told with the warmth and down-home charm, Homer Hickam’s rollicking tale is ultimately a testament to that strange and marvelous emotion we inadequately call love.

For fans of Big Fish, O Brother Where Art Thou?

*available in print, book-on-CD and on both the cloudLibrary and Hoopla apps as an e-book and e-audiobook 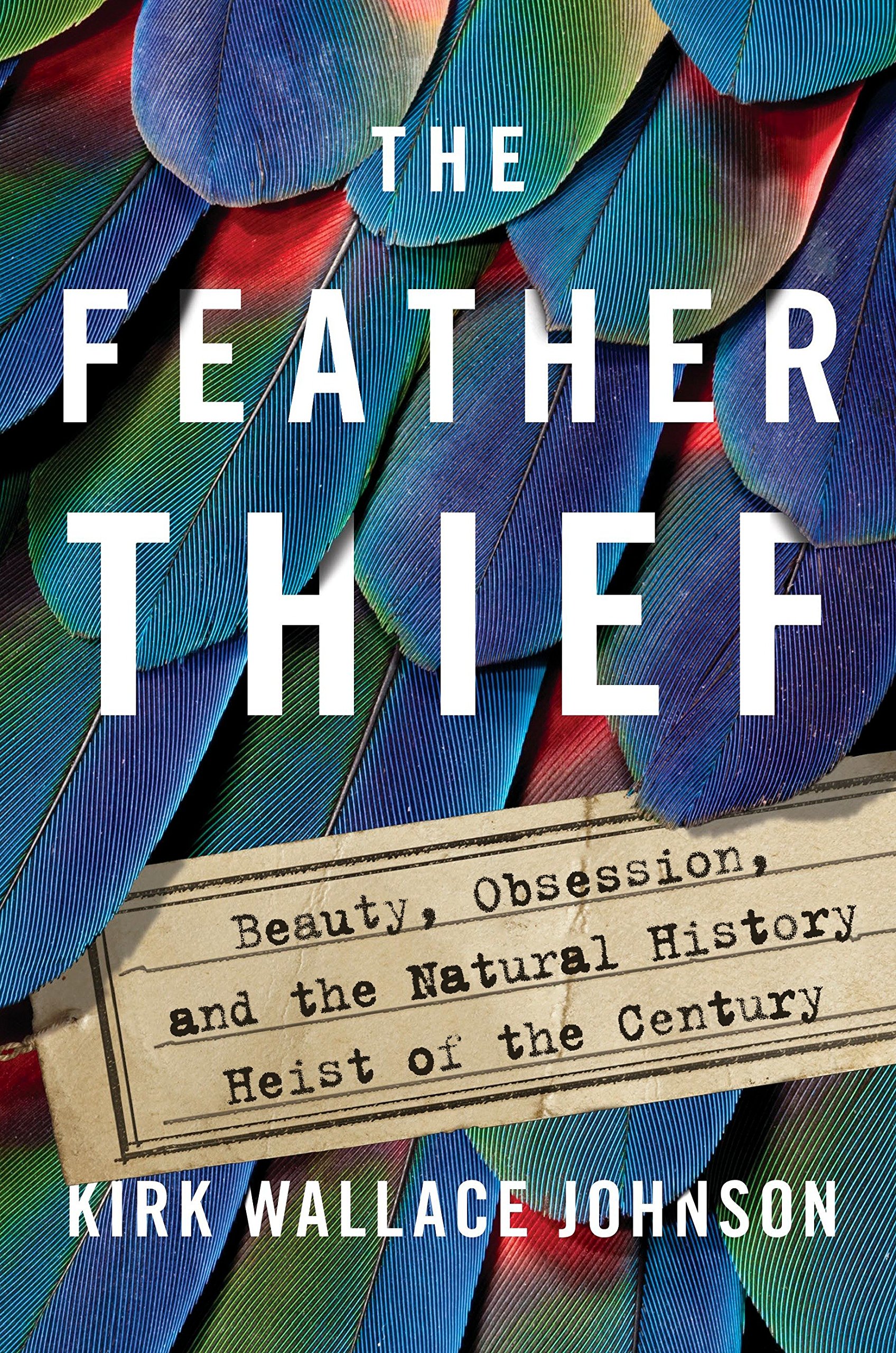 For bird nerds, true crime podcast junkies and environmentalists, The Feather Thief is a narrative nonfiction book that weaves together natural history and an unbelievable heist into a riveting story.

After performing a concert at London's Royal Academy of Music, 20-year-old American flautist Edwin Rist boarded a train for an outpost of the British Museum of Natural History. Home to one of the world’s largest ornithological collections, the museum was full of rare bird specimens whose gorgeous feathers were worth staggering amounts of money to the men who shared Edwin's obsession: the Victorian art of salmon fly-tying. Once inside, the champion fly-tier grabbed hundreds of bird skins – some collected 150 years earlier by a contemporary of Darwin's, Alfred Russel Wallace – and escaped into the darkness. What would possess a person to steal dead birds? Had Edwin paid the price for his crime? What became of the missing skins? The gripping story of a bizarre and shocking crime, The Feather Thief is a fascinating exploration of obsession and man's destructive instinct to harvest the beauty of nature.

For fans of My Favorite Murder podcast, Catch Me If You Can and Susan Orlean 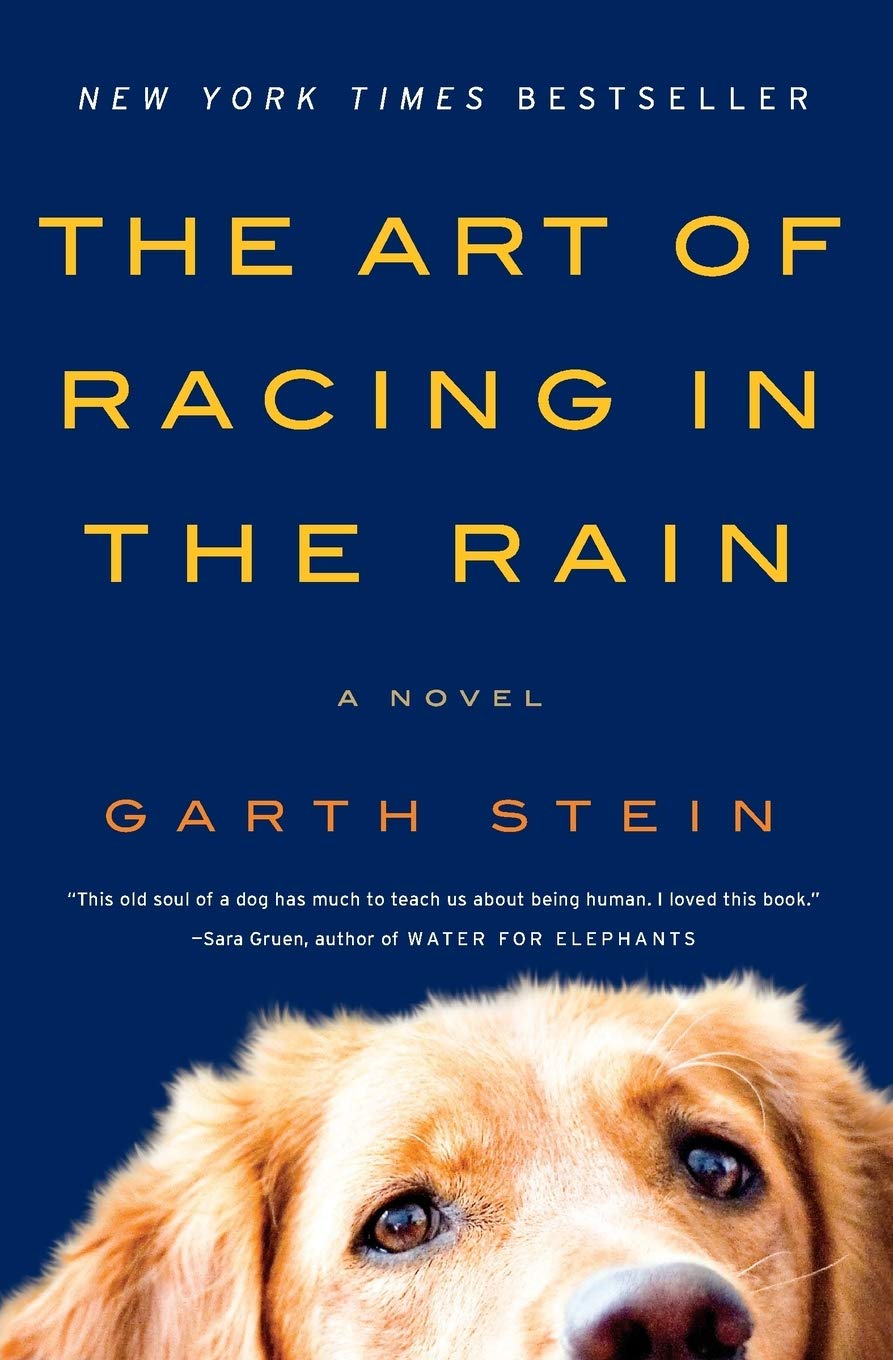 The Art of Racing in the Rain by Garth Stein

With more than 6 million copies sold, readers everywhere have been moved by the novel The Art of Racing in the Rain. The book has been adapted into a movie starring Milo Ventimiglia.

Enzo knows he is different from other dogs: a philosopher with a nearly human soul (and an obsession with opposable thumbs), he has educated himself by watching television extensively, and by listening very closely to the words of his master, Denny Swift, an up-and-coming race car driver. Through Denny, Enzo has gained tremendous insight into the human condition, and he sees that life, like racing, isn't simply about going fast. On the eve of his death, Enzo takes stock of his life, recalling all that he and his family have been through. A heart-wrenching but deeply funny and ultimately uplifting story of family, love, loyalty, and hope, The Art of Racing in the Rain is a beautifully crafted and captivating look at the wonders and absurdities of human life… as only a dog could tell it.

For fans of Marley & Me, A Dog’s Purpose and This is Us 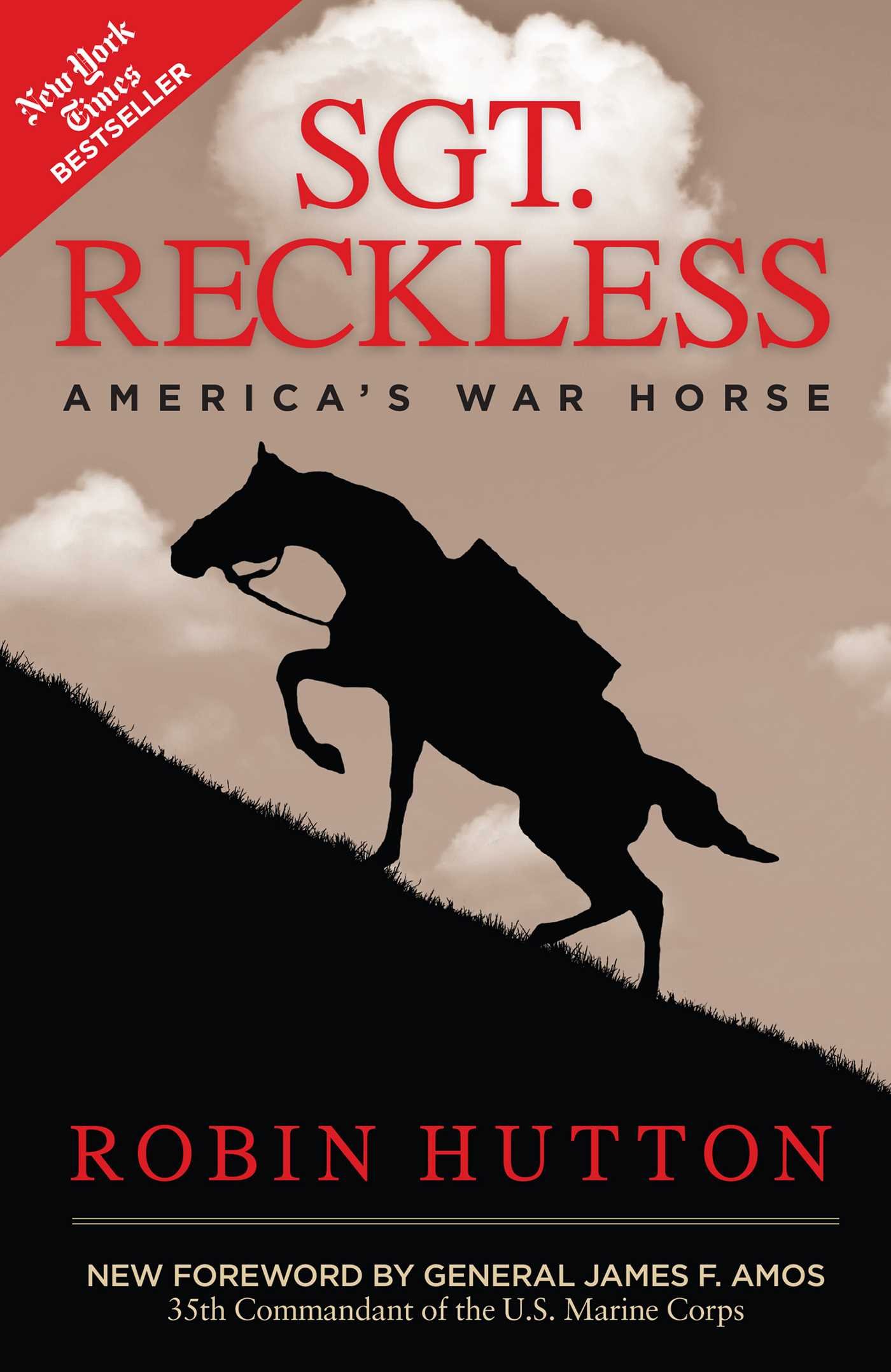 A little-known story about a legendary hero in the forgotten war, Sgt. Reckless is a gripping biography about a decorated Marine who just so happens to have four hooves.

Amid an inferno of explosives on a deadly minefield in the Korean War, a four-legged Marine proved to be a heroic force of nature. She moved headstrong up and down steep, smoky terrain that no man could travail confidently. In a single day, this small Mongolian mare made 51 round-trips carrying nearly five tons of explosives to various gun sites. Sergeant Reckless was her name, and she was the horse renowned for carrying wounded soldiers on and off the battlefield and making solo trips across combat zones to deliver supplies. Hutton has written the first-ever full biography of Sergeant Reckless, who earned two Purple Hearts for her heroic efforts (among other military decorations). Hutton has spoken with the Marines who fought alongside Reckless and tells the complete and captivating tale of how a would-be Korean racehorse became one of the greatest Marine wartime heroes.

For fans of Ron Chernow, David McCullough and Becoming